In Inca society the women were great hand weavers, while the men were great at working with metal, which is what they would use to make their various different weapons. They would do this by extracting metal from ore by heating and melting it and then they would shape the weapons that they would want to create.

As the Incas were around vast amounts of different plants and animals agriculture played a very integral part in making their society run effectively and efficiently. When the Spanish conquered Peru and the Inca civilization they bought over potatoes and tomatoes that they had discovered from the vast amounts of crops they found.

Today in Peru there are still traditions that still are scarcely kept by some people. People iving in the remote villages still speak Quechua, which is the Inca language. Llamas are also still used today as a form of transportation which is what the Incas used them for.
Inti Raymi the ancinet festival is also reenacted each year in the central plaza of Cuzco and  has been for many years.

The Inca architecture was also another integral part of Inca culture. The Inca built various different temples and stone structures that mostly reflected their culture. Their respect of the sun god 'Inti' is reflected by the various different temples they built all over the empire. Inti's influence on the Inca people is greatly reflected in the Coricancha temple which was housed over 4,000 priests and was where the main astronomical observatory. Inside the floors and the walls were lined with gold and in it was a large sun disk which reflected the Sun throughout the whole temple. It is now a very well known tourist attraction and is one of the most sacred sights in Inca religion. 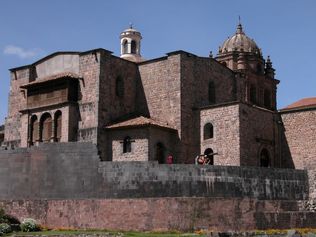 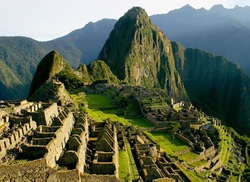 Machu Picchu
The lost city of 'Machu Picchu' which was discovered in 1911 is also a really
great tourist attraction that has attracted people from all around the world and
has captivated many aswell. This has bought much needed revenue to Peru. The
Machu Picchu is still a mystery today and has created many debates about whether
it was the birthplace of the Incas or if it was a ceremonial place.